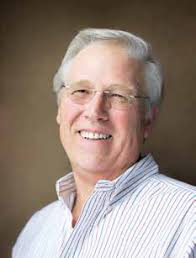 Mike Burnam is Chief Executive Officer at StorageMart, who, with his family, operates 225 self storage facilities (in excess of 17 million square feet of storage space) in the US, Canada and the UK. Mr. Burnam was previously Chief Executive Officer and Trustee at Warburg StorageMart Partners. He also served as Chief Executive Officer at Storage Trust Realty taking the company public in 1994, then again in 1999, selling it to Public Storage. Mr. Burnam has developed, built and sold over $3.5 billion in self storage transactions. He has been the Chairman of the Board of the national Self Storage Association and has served three terms on the national SSA Board of Directors. Mr. Burnam also sat on the Canadian Self Storage Association Board of Directors in 2007 and is a co-founder of the Self Storage Institute, established in 2015. Mike Burnam was inducted into the Self Storage Hall of Fame in September 2015, and following his father, became the second member of the Burnam family to receive this recognition.